Refugee Action supports refugees and people seeking asylum when they arrive in the UK. We run resettlement programmes that help refugees to settle into their new communities and we run support services for people in the asylum system.

Covid 19 impacted Refugee Action in two ways. Firstly, it has impacted the people we support – exacerbating many of the ‘usual’ challenges they face in normal times. Refugees and people seeking asylum are among the most vulnerable to coronavirus, as they often have pre-existing mental and physical health conditions, and live in crowded and unsafe accommodation

Secondly, it affected members of staff in how we were able to deliver support services, and carry on with our campaigning and fundraising plans. People could no longer drop into our office to seek advice when they received a letter from the Home Office they didn’t understand. People could no longer expect their key worker to drop around to their home with an interpreter to talk them through getting their child into school, or accompany them to a GP appointment to ensure they were heard and understood. As many of our clients have limited access to computers, phones or the internet, this in-person support was a life line.

With the mood of the public so full of fear and uncertainty, we had no idea if any of our usual messages would land or if it even made sense to carry on talking about, for example, securing the right to work for people seeking asylum when so many people were in fear of losing their jobs.

So, like the rest of the world, we cancelled our plans, and we worked with our clients and other experts by experience to reshape what our organisation would look like for the foreseeable future.

FROM SPEAKING TO EXPERTS, THE NEED WAS CLEAR

We have existing working groups with refugees and people seeking asylum which were set up primarily to work with our campaigning teams to ensure our campaigning work was being shaped by their expertise.

As the Coronavirus crisis took hold, the direct and immediate feedback we were able to get from these groups on how the crisis was impacting them meant we were able to quickly focus our campaigning and fundraising work on the two key issues that arose from those consultations.

The silver lining that coronavirus gave us as a campaigns/fundraising team was focus and clarity. When we talk about changing the asylum system, it can be quite difficult to quickly and succinctly translate the many ways in which it’s broken. But these examples of people living below the poverty line in crowded accommodation during a pandemic made it clearer than ever – the UK’s asylum system dehumanises the people within it.

It was very clear very quickly that we needed to do urgent, public facing work on the impact of coronavirus on our client group.

Firstly to address a funding need – payments from our destitution fund, which would provide emergency funds to people in crisis to help them get food or housing or other basic necessities, increased by more than 300% in the first few weeks of the crisis. We also knew we had to work quickly to address the digital exclusion of our clients – providing them with phones, laptops, credit and data top ups so they could stay in touch with us, as well as their friends and family, and stay informed on changing Government guidance.

Secondly to address a policy need. An increase of £20 per week to Universal Credit payments was announced at the start of lock down, to help people cope with the effects of the pandemic, but no similar announcement was made for people seeking asylum. They were still expected to live 74% below the poverty line. In a crisis.

In the lead up to the appeal, we focussed on laying the groundwork. This included making some changes to our donation form templates – a key one was adding in a totaliser, which we’d never used before – because we’d never really had public targets on appeals before.

We also started talking to our supporters about coronavirus, how it was impacting refugees and people seeking asylum and what we were doing as an organisation to combat this.

Our first step was launching the Coronavirus Emergency Appeal on our usual digital channels – email and social media – and followed up soon after with a DM appeal.

We set a financial target for this appeal of £50k. This was hugely ambitious for us – when we first discussed it, our original target was £15k.

For the launch of this appeal, we worked with our Head of Services to develop the copy and the outline of the proposition – ensuring that the work of our crisis teams was accurately reflected.

We also worked at this time to do a couple of different things with our Facebook advertising with the invaluable support of Rhiannon Roberts, a freelancer who has supported our digital and fundraising work for the last two years. We also worked to update our Google Ads and ensure people were being directed to the most up to date information on our website.

The appeal got off to a really good start online. We were seeing a higher number of donations and a higher average gift, and lots of evidence of people really engaging with the issue on social media. Being able to turn around responses to Government guidance or statements within a day meant our supporters were seeing, probably for the first time, the speed at which we were working as an organisation to respond to the crisis.

We were also conscious that we were sending a lot more asks than we usually would – sometimes one or two a week when we’d usually send these once a month at most, so we were keen to break these up with other stewardship content.

We tried to weave good news stories into our email and social schedules, and one of our most popular emails was one sharing the story of the six new born babies who arrived to families we supported in the first two weeks of lock down. Sharing how our teams were able to adapt their ways of working to support those families in such unusual circumstances really seemed to resonate with people and show a very clear example of what Refugee Action’s work looks like.

Alongside our fundraising work we were also looking at what urgent political changes were needed. We launched an emergency campaign asking the Government to give the same increase of £20 per week to people seeking asylum that they had given to people receiving Universal Credit.

The campaign action we sent was asking people to email their MPs, in turn asking them to contact the Home Office. We consider an Email MP action quite a high level of engagement, so set our target at 1,000 participations.

We also made the fairly last minute decision to add a donation ask to the thank you page of this action, linking the £20 increase we were asking the Government for, to the fact that we were stepping in to offer that support while the Home Office was dragging its heels.

We paid close attention to who was doing what, across our email campaigns and our advertising. Wherever possible, we were retargeting supporters based on what they’d interacted with so far – showing ads to people who had engaged with video content on Facebook. Remailing campaign actions to those who didn’t complete them and sending regular giving asks to supporters who had made multiple cash donations are a few of the approaches that really helped increase engagement.

Within a month of launching our appeal, we reached our £50k target. The thank you page donation ask alone brought in about £10k. We went back to our supporters, increasing the target to £125k to help us meet the longer term needs of our clients as a result of coronavirus. Just last week, we met that £125k target.

We also met our annual target for regular givers just three months into the financial year. As an organisation, we have really struggled to recruit regular givers so having this kind of response has been so encouraging and means we’re able to plan for the future with a bit more certainty.

We also had over 5,500 people email their MP about our asylum support campaign.  This was an absolutely unheard of response for us and it was particularly great to be able to share that success with the experts by experience who helped us develop that campaign, to show there were so many people who were standing in support and solidarity with them.

Unfortunately, the Home Office did not fail to disappoint us. Nearly 12 weeks into the crisis they finally announced an increase to asylum support payments – of just 26p per day. We immediately spoke to our expert by experience group and were able to turn around a video response from a person who is currently in the asylum system, to share with our supporters the same day the announcement was made.

The downside of all this reactive work is that we’ve had less time and space for analysing and reviewing what has worked well. We are just now entering the process of understanding the true successes of the last few months and how we can learn from them and plan ahead. We’ve just sent out a supporter survey instead of our regular offline appeal, to try and get some feedback from supporters on how we’ve been working.

Having a collaborative and supportive approach to all of our comms, thinking first about what makes sense for our supporters to hear about has been absolutely critical, and the understanding of this and the need for flexibility with it has meant we’ve been seeing better results than we ever have before. So if there’s one thing I’d leave you with as my greatest lesson from coronavirus, is that collaboration is key, we’re all in this together. 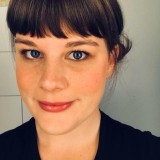 Hannah is the Digital Manager at Refugee Action.